Automatically generate XKCD like charts for TV episodes. We currently work on the placement of characters, and will work on adding event bubbles at a later stage. 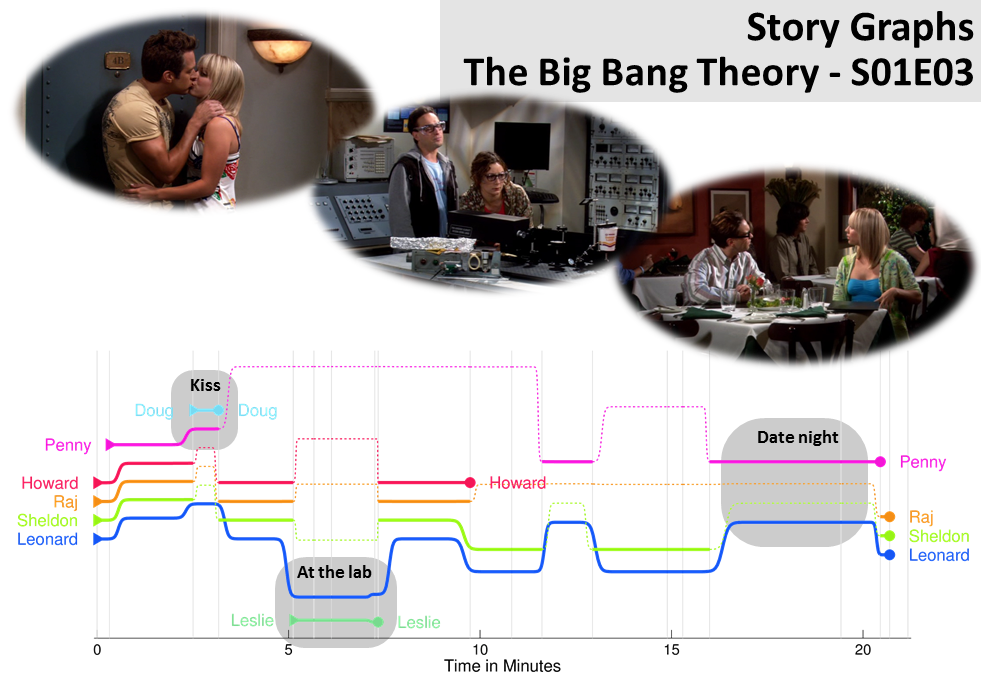 Try the StoryGraphs out at GitHub. The shot threading and scene detection code can be found here.

A snapshot of all multimedia related projects can be found here. This is the link you will come to from any of our papers too!

I hope to collect links at one place to make it easy to browse the wonderful works.

CV, MM Papers on the Web